The MICE collaboration have had a paper published in Nature 05/02/2020, in which they demonstrate a technique that could carry the search for new phenomena in lepton-antilepton collisions to extremely high energy and provide uniquely well-characterized neutrino beams.
You can find a list of articles and publications covering this here. 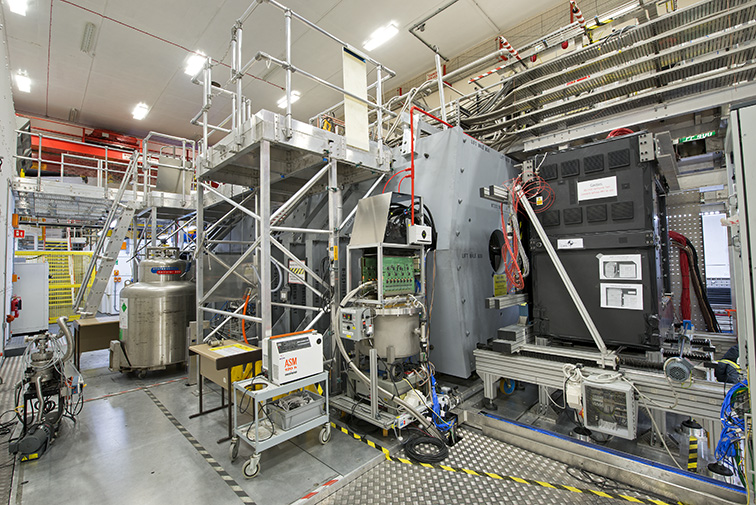 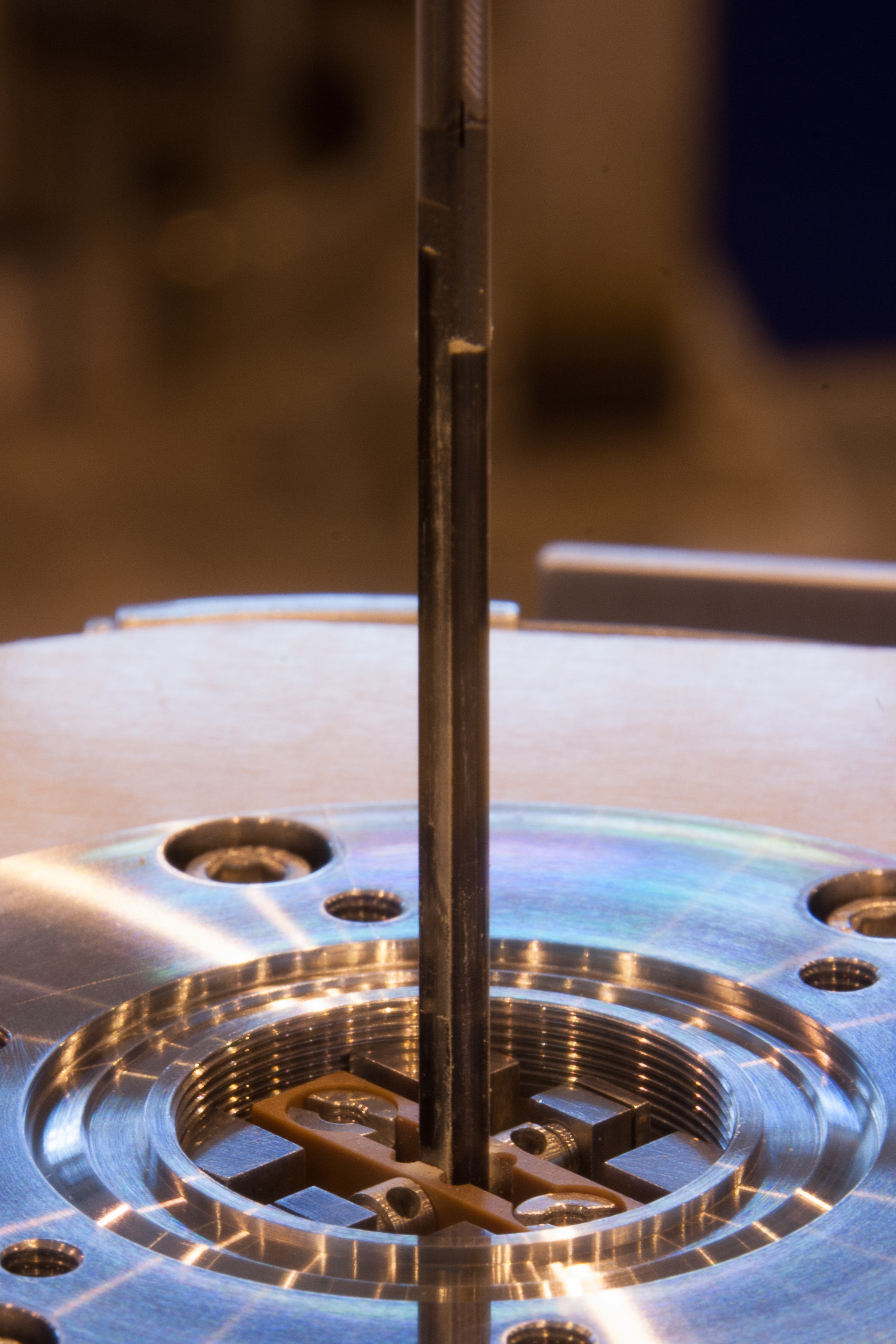 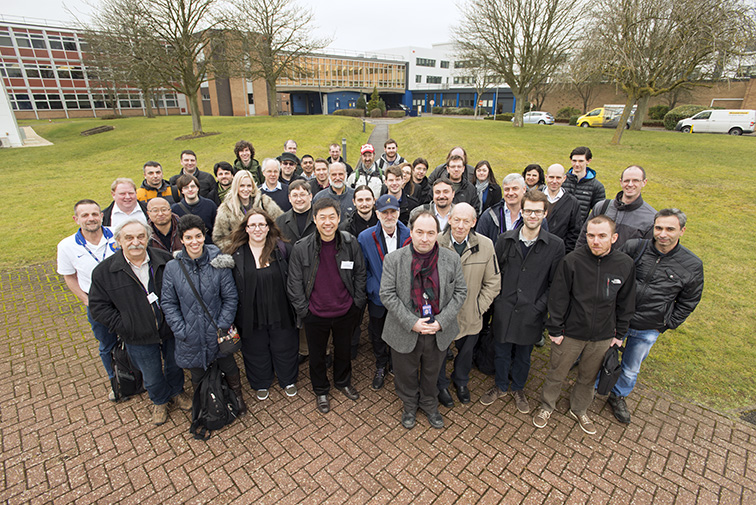 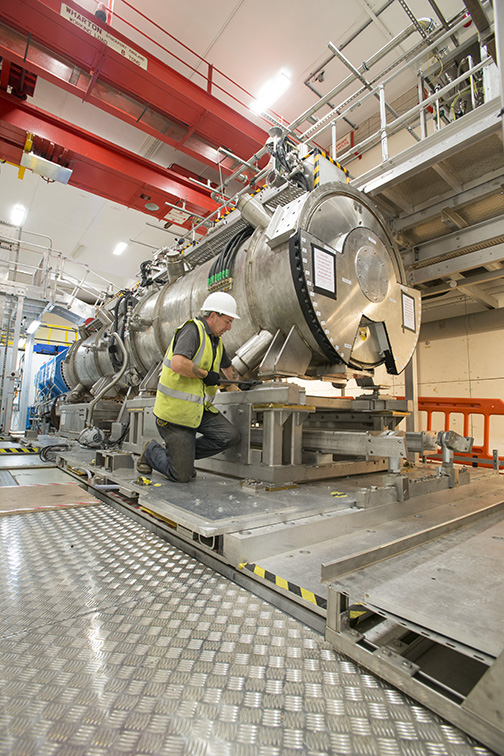 Since the 1930s, scientists have been using particle accelerators to make beams of protons, electrons and ions. These have been used in practically every scientific field, from colliding particles in the LHC to measuring the chemical structure of drugs and even treating cancer. We have made a major step in building an accelerator for an entirely different sort of particle, a muon. A muon accelerator could replace the LHC, providing dramatically improved performance.

The experiment took place in the UK using the MICE muon beam-line, part of the ISIS neutron and muon source . Muons can be produced by smashing a beam of protons into a target. The debris from the collisions include particles known as pions. The pions are separated from the other particles produced in the collision and directed along a series of magnetic lenses where they decay into muons.

Because of the rough-and-ready production mechanism, these muons form a diffuse cloud that that occupies a large volume. This means we need big magnets to contain the beam. It also means that when we eventually collide the muons, the chances of them hitting each other and producing interesting physics is really low. We want them all close together and moving in the same direction and to do this we need beam cooling.

The process of getting the beam all going in the same direction is known as ‘cooling’. This is because we are literally removing energy (i.e. “heat”) of the beam particles relative to the centre of the beam.

A major problem is that muons only live for 2 millionths of a second. This means that methods previously developed to cool beams and which take hours to achieve an effect are not going to work with muons, so we use a new method.

In our experiment, we cooled the muons by putting them through some energy-absorbing material (the 'absorber') while the beam was very tightly focussed by magnetic lenses. This reduced the energy of the beam in all directions. The beam energy can then be put back in by accelerating the muons using a normal particle accelerator, but this only puts energy back in the direction the beam is going.

Special materials had to be used for the absorber. We tried a few different materials, including cryogenically-cooled liquid hydrogen and lithium metal with hydrogen embedded in it. We had to devise special safety systems because hydrogen is explosive when it mixes with air.

We built special high aperture, high field superconducting magnets to focus the beam strongly enough to get the cooling to work. The magnets used superconducting wires carrying hundreds of amps. They had to be cooled to just a few kelvin above absolute zero using liquid helium to make such a strong field. The magnets were powerful enough that they exerted a force of tens of tonnes on each other, as much as a fully loaded lorry.
This is the first time that a beam has been 'cooled' by passing particles through an absorber under these conditions.

What can we do with cool beams?¶

A muon collider is one of the favourites to be the big machine to follow the LHC. The LHC has many advantages, but the protons it accelerates are large complex objects. When they collide the really interesting particles are obscured by the fragments the protons produce as they break up. Protons themselves are made up of lots of different sorts of particles, so they don't collide very well. Protons are like grapeshot while muons are like a cannon ball.

The accelerator which preceded the LHC, LEP (Large Electron-Positron), used electrons and their anti-particles which are simple; but no one has been able to come up with a way to accelerate electrons up to the sorts of energies that the protons have in the LHC.

A muon is simple like an electron, so the fragments they produce are easy to understand; but, if we can collect a dense enough beam of muons, we do know how to accelerate them up to high energy like in the LHC. 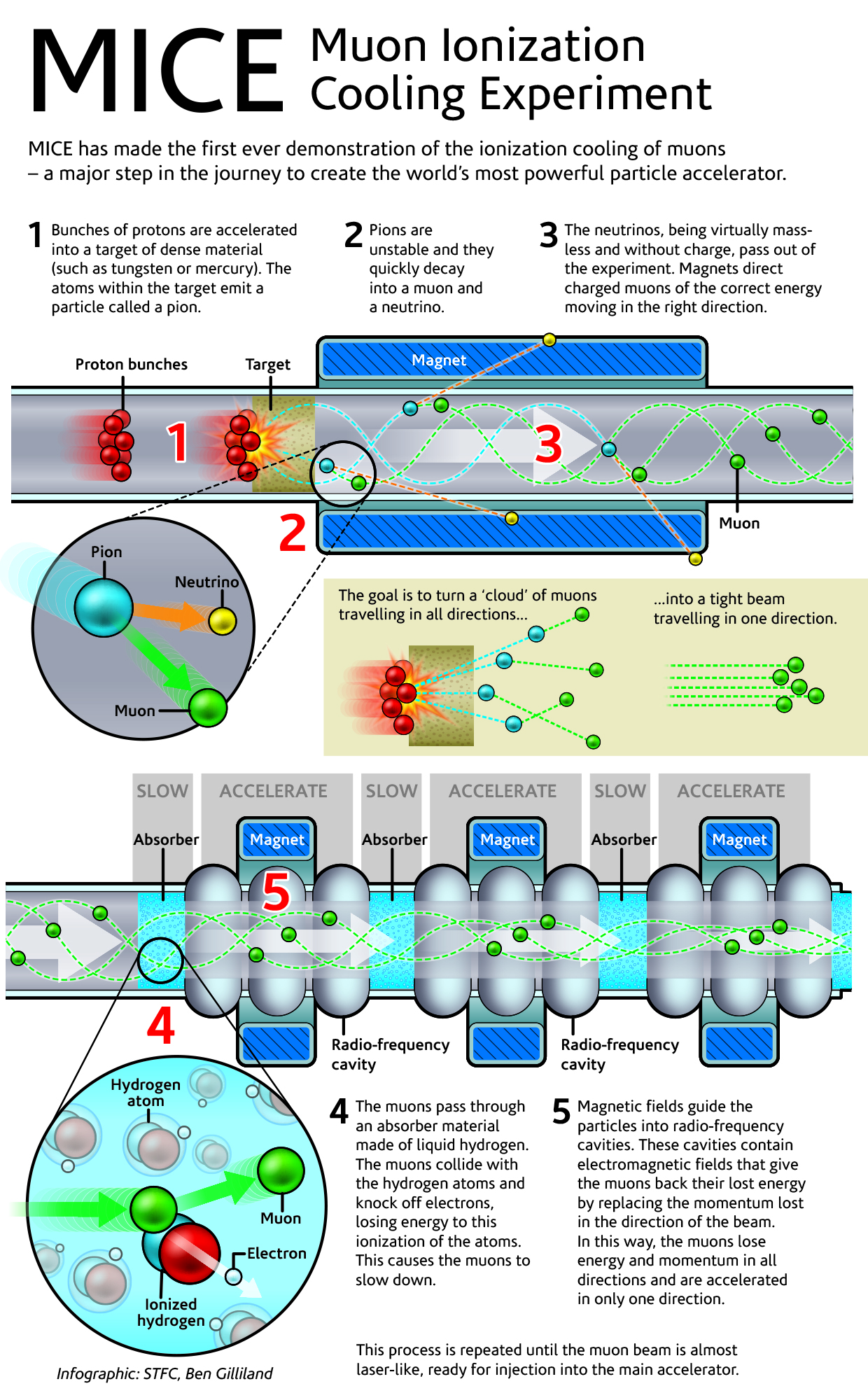 Science Blog: A Breakthrough on the Next Big Step to Building the World’s Most Powerful Particle Accelerator

Gizmodo: Release the Muons! Physics Breakthrough Will Lead to a New Kind of Particle Collider

Inverse: Milestone particle physics study could change science as we know it

ScienceNews: A barrier to colliding particles called muons has been smashed

Inside Science: New Kind of Particle Collider Could Reach Higher Energy at a Lower Cost

myScience: The most powerful new particle accelerator could be a muon collider

SciGlow: Breakthrough made on the next big step to building the world’s most powerful particle accelerator

goviral: A Barrier To Colliding Particles Called Muons Has Been Smashed

X-Mol: Demonstration of cooling by the Muon Ionization Cooling Experiment

Wired Gov: Breakthrough made on the next big step to building the world's most powerful particle accelerator

Mirage News: Breakthrough made on next big step to building world’s most powerful particle accelerator

sciencesprings: From Science and Technology Facilities Council: “Breakthrough made on the next big step to building the world’s most powerful particle accelerator”

EIN Newsdesk: A Breakthrough on the Next Big Step to Building the World’s Most Powerful Particle Accelerator

Video Stream by Professor Daniel Kaplan, Illinois Institute of Technology given at Fermilab on Muon Accelerators and Results from the MICE Experiment

STFC: Breakthrough made on the next big step to building the world's most powerful particle accelerator

Berkeley Lab: A Breakthrough on the Next Big Step to Building the World’s Most Powerful Particle Accelerator

University of Strathclyde: Breakthrough in quest to build the world’s most powerful particle accelerator

The University of Sheffield: Breakthrough made towards building the world’s most powerful particle accelerator

Warwick: Breakthrough made on the next big step to building the world’s most powerful particle accelerator

University of Glasgow: The most powerful new particle accelerator could be a muon collider

University of Oxford: A step closer to building the first muon collider

You can find the full MICE image repository *here* 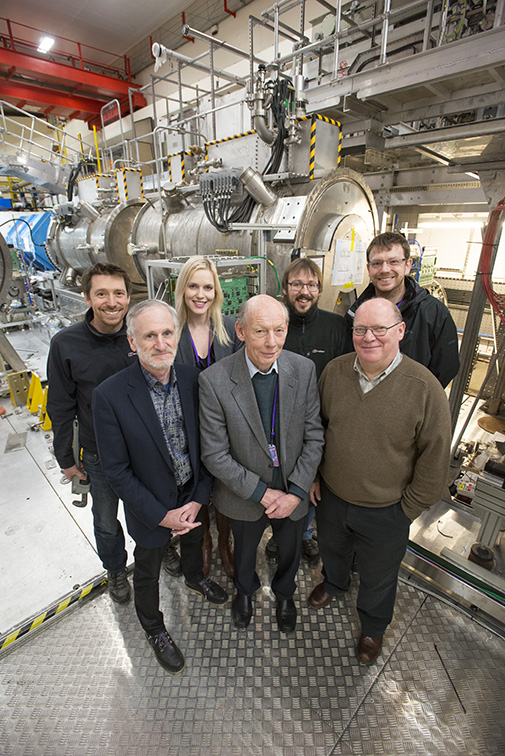 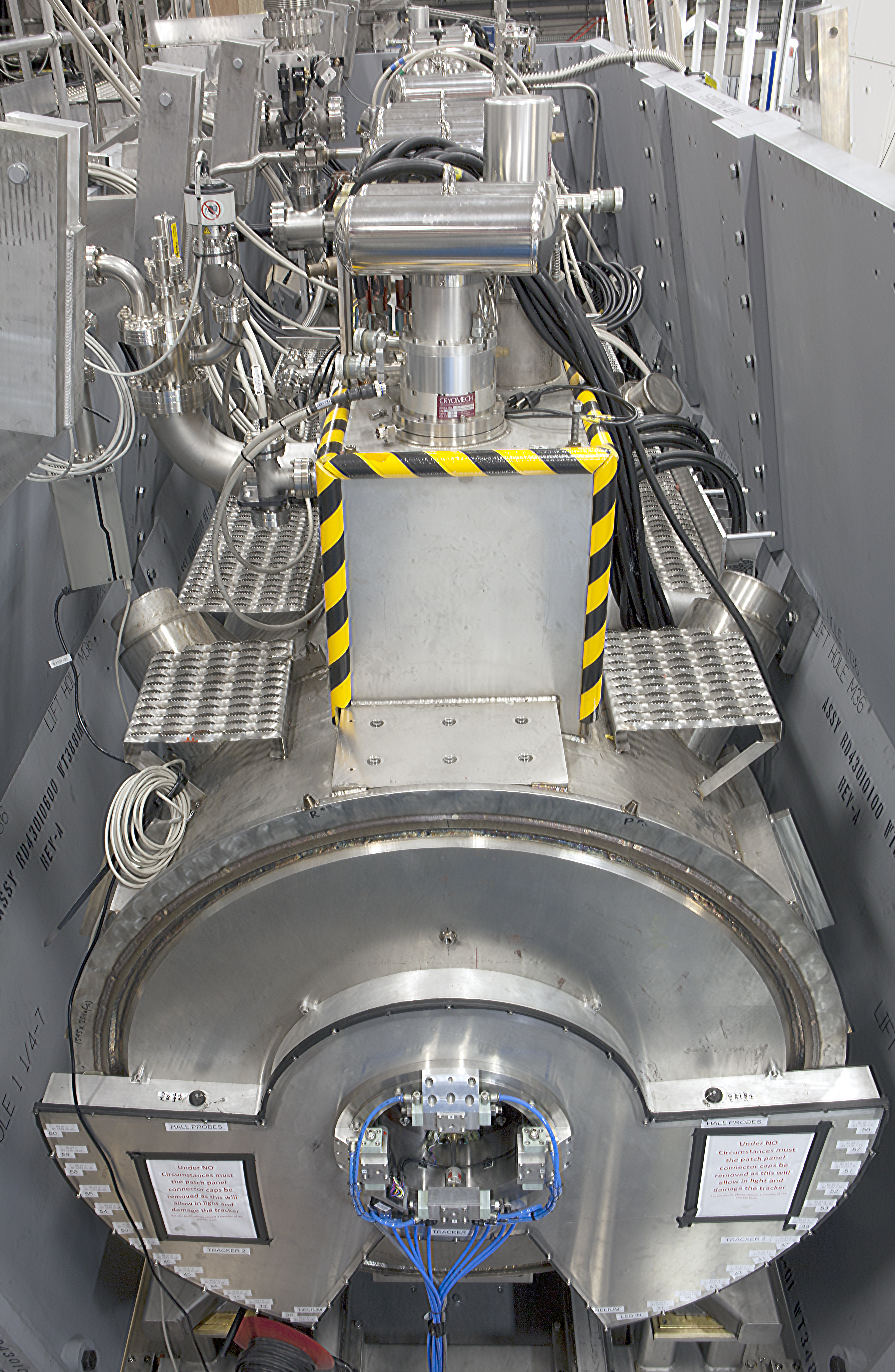 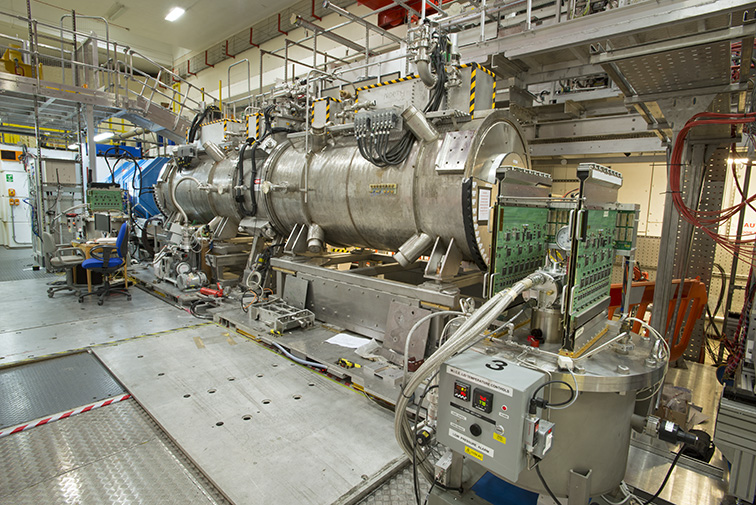 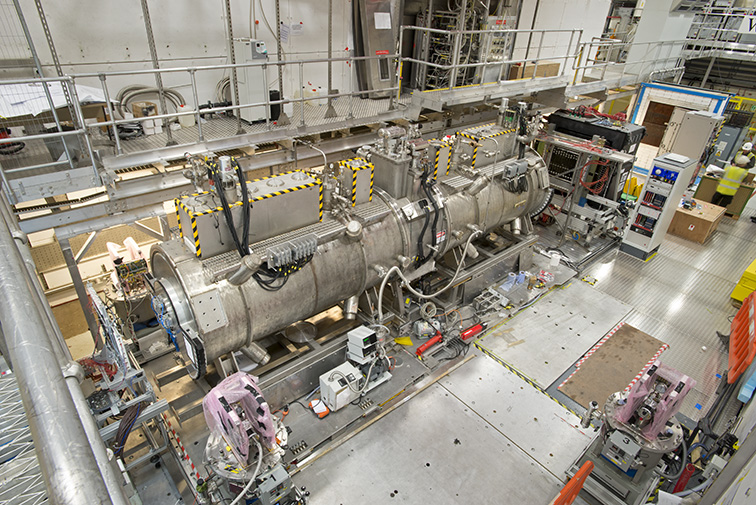 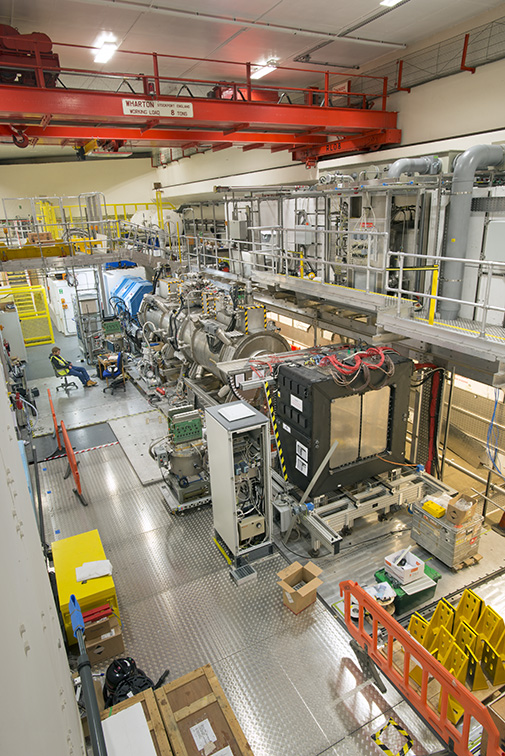 mp4. of Installation of the Tracker

Quotes from members of the collaboration¶

“The enthusiasm, dedication, and hard work of the international collaboration and the outstanding support of laboratory personnel at STFC and from institutes across the world have made this game-changing breakthrough possible,” commented Professor Ken Long from Imperial College London, spokesperson for the experiment.

Dr Chris Rogers, based at ISIS and the collaboration’s Physics Co-ordinator, explained: “MICE has demonstrated a completely new way of squeezing a particle beam into a smaller volume. This technique is necessary for making a successful muon collider, which could outperform even the LHC.”

Professor Alain Blondel, spokesperson of MICE from 2001 to 2013, and Emeritus Professor at the University of Geneva, commented: “We started MICE studies in 2000 with great enthusiasm and a strong team from all continents. It is a great pride to see the demonstration achieved, just at a time when it becomes evident to many new people that we must include muon machines in the future of particle physics."

“In this era of ever more-expensive particle accelerators, MICE points the way to a new generation of cost-effective muon colliders,” said Professor Dan Kaplan, Director of the IIT Center for Accelerator and Particle Physics in Chicago.

Professor Paul Soler from the University of Glasgow and UK Principal Investigator said: "Ionization cooling is a game-changer for the future of high-energy muon accelerators, such as a muon collider, and we are extremely grateful to all the international funding agencies, including STFC in the UK, for supporting the experiment and to the staff at the ISIS neutron and muon source for hosting the facility that made this result possible.”

Dr Chris Booth, of the University of Sheffield, who led the development of the particle-production target on ISIS, said: “The techniques demonstrated by the MICE experiment will allow new particle accelerators to be constructed which could explore fundamental physics in areas ranging from neutrinos to the Higgs boson and the energy frontier that lies beyond the reach of the LHC.”

Dr. Maurizio Bonesini, who led the effort of National Institute for Nuclear Physics (INFN) Italy, to develop the high-performance particle-identification system of the experiment, said: "It is a great pleasure to see the successful completion of such an inter-disciplinary effort pointing to a fruitful international collaboration in the field of new accelerators."

Professor Emeritus John Cobb of Oxford University Physics Department and the John Adams Institute for Accelerator Science, who jointly led the design and operation of one of the superconducting magnets, said: “Even though the physics underlying ionization cooling has been understood for many years, its practical implementation is extremely difficult. MICE successfully confronted the formidable technical challenges of designing and operating a system of coupled, high-field superconducting magnets, subject to potentially enormous forces, which tightly enveloped a delicate vessel containing many litres of (potentially explosive) liquid hydrogen. The practical experience gained will be invaluable to the further development of muon accelerators.”

Professor Jingyu Tang of Institute of High Energy Physics, Chinese Academy of Sciences who led China’s participation in MICE said, “We are happy that China contributed to this fascinating project. We all benefit from the international efforts in the execution of the MICE experiment.”

Professor Yoshitaka Kuno of the University of Osaka, leader of the Japanese team that designed and built the liquid hydrogen absorber congratulated the collaboration on its fantastic success in demonstrating muon ionization cooling and said: "It is a great step towards a future muon collider. The ionization cooling technique can also be used to make a cold muon beam to enhance significantly the future development of low-energy muon physics, including searches for charged lepton flavour violation through the observation of .”

Updated by Rogers, Chris over 2 years ago · 66 revisions